WHAT IS THE CYCLING TRACK AND THEIR ESSENCE

Track Cycling is a cycling discipline in which the cyclist speeds around banked tracks called velodrome. Race tracks are incredibly fast, and shorter than the standard road race..

The cycling track will be held in a bowl-shaped arena 250m round and one of the oldest Olympic Games disciplines.

However, this cycling discipline involves the most technique, some quick math calculations (yes, math,) and a combination of power, proper gearing, and smooth pedal strokes to reach top speed.

Every discipline uses a different combination of technique, speed, teamwork and strategy.

Tracking events can be categorized as either endurance or sprint. Sprint events include team sprint, sprint and keirin; and endurance along with team pursuit, the omnium and madison.

In the team sprint, two teams with three cyclists run around the track. After each lap, the lead rider leaves, allowing the next rider to cope with the air resistance. The race is a test of a team’s ability, and the race is decided by the finish time of the team’s last rider.

Track Cycling is contested on a wooden track called a velodrome. Velodromes are loops that are around 250 meters in length, and they have banked sides which push the rider towards the center of the track and help the rider cycle faster. There are 4 markings on the wooden track: the Stayers Line and Sprinting Line. Sprinting Lane and the Measuring Line.

The bike is designed specially to fit the vedrome. It has a single gear and no breaks meaning that the only way to speed up, slow down or stop is by changing your pedaling rate. 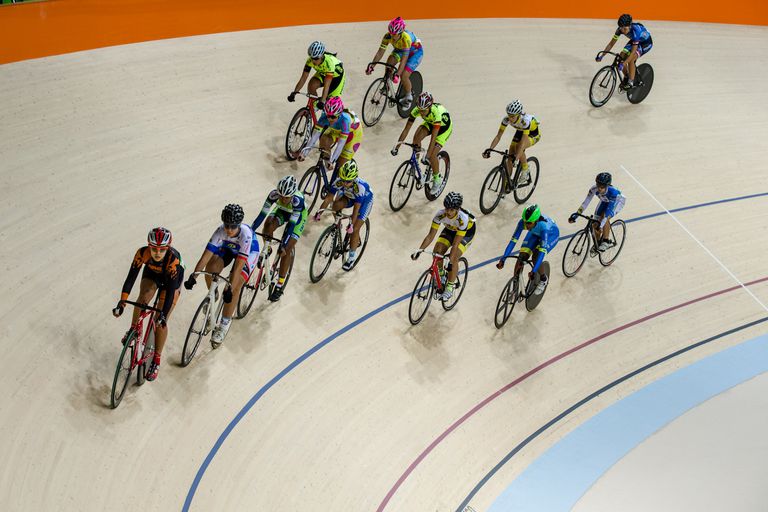